Chamonix is so well-known on the world stage, and the names and heights of its famous mountains trip off the tongue, but there are plenty of little-known facts about Chamonix to discover once you get here. As your insiders on the ground, we’ve racked our collective brains to think of a few, but we’re sure you’ll have more to add after your Chamonix holiday!

Keep reading to find 10 facts about Chamonix that you might not know. 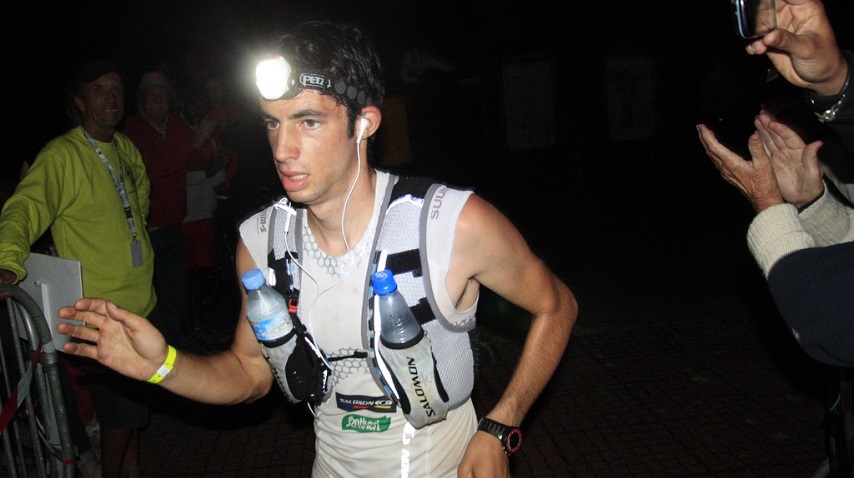 1. The Mont Blanc speed record on foot is held by Kilian Jornet. In July 2013, he made the round trip from Chamonix town centre (St Michel church), summiting the peak and returning to Chamonix in 4 hours, 57 minutes 34 seconds! The ascent was completed in a staggeringly quick 3 hours 33 minutes, and the more dangerous descent in the frankly break-neck time of 1 hour 24 minutes.

2. The Tramway du Mont Blanc runs from the town of St Gervais at the bottom of Chamonix valley up to the Nid d’Aigle at 2380m, but originally the ambitious intention was to run it all the way to the top of Mont Blanc! The three trains which run on the line are named Anne, Jeanne and Marie after the owner’s daughters.

3. Edward Whymper was the first to summit some of Chamonix’s iconic peaks, including the Aiguille d’Argentière, Aiguille Verte and the Pointe Whymper in the Grandes Jorasses, as well as the Matterhorn in Switzerland. During a stay in 1911 at the Grand Hotel Couttet, where many of Chamonix’s gentlemen travellers and budding Alpinists used to lodge, he fell ill, locked himself in his room, and refused all medical help. He came to an unremarkable end alone in his hotel room, and is buried in Chamonix’s cemetery.

4. Speaking of the Grand Hotel Couttet, the adjacent Parc Couttet in Chamonix town centre has a long history. It’s hard to imagine it today, but the terminal moraine of the Mer de Glace used to reach as far as the centre of Chamonix where the park is now located. The villa which houses the Maison des Artistes in the park also belonged to the Couttet family and is of an architectural style unknown elsewhere in Chamonix, which could be said to be at once art deco, Belle Epoque, and art nouveau.

5. The statue in Place Balmat, outside the Terrace bar, does not in fact show the two alpinists who made the first ascent of Mont Blanc. Jacques Balmat and Michel Gabriel Paccard summited the peak in 1786, after the challenge was laid down by Horace Bénédict de Saussure, a geologist from Geneva. Therefore, the statue in Place Balmat actually commemorates de Saussure, and shows him with Balmat who went on to accompany the geologist to the top of Mont Blanc in 1787. This statue was erected in 1887, while in 1986 Dr Paccard was dedicated his own statue in honour of the bicentenery of the first ascent.

6. Montenvers train station is the best-known view point for the Mer de Glace, but Chalet le Chapeau provides the opportunity for a lovely hike on the other side of the glacier, and on a little further to another viewpoint. Look down on where the glacier now lies and try to picture the ice rising as high as your feet, where it lay when the train station and chalet were built and you could cross the glacier to get from one to another.

7. The Compagnie des Guides de Chamonix was established in 1821 and at that time was the first mountain guide company in the world, assisting the Victorian travellers of the day in their mountain expeditions. You’ll find their offices in the Maison de la Montagne next to the St Michel church, a historic building and old Presbytery, and it’s well-worth a trip to the top floor to check out the 3D models of the Mont Blanc massif.

8. If you hear a siren sounding at midday on the first Wednesday of the month, you don’t need to panic. This is a standard test which is carried out in towns across France to make sure that all the equipment is in working order in case it was ever needed for real. However, if you hear the siren on any other day of the month in the winter, make your way to the nearest building and take shelter! (Guests of Chamonix All Year will be given information on what to do in case of avalanche where appropriate.)

9. The Montenvers cog trains don’t have conventional brakes and work in the opposite way to a car. To stop the trains running away down the mountain if the driver loses control, the driver must apply pressure to release the brakes. If s/he stops applying this pressure, the brakes snap back on and the train will stop. Find out more from behind the scenes of the Montenvers train.

10. The Mont Blanc tunnel was opened in 1965 by French president Charles de Gaulle and Italian president Giuseppe Saragat. When the two drilling teams met in the middle in 1962, the divergence in their paths was less than 13cm!

If you can’t get enough facts about Chamonix don’t miss our pages detailing more about the history of Chamonix and about the town today. You can also read our detailed, month-by-month guide to Chamonix’s weather or read our latest blog posts with general information about Chamonix.