Kilian Jornet Everest and beyond 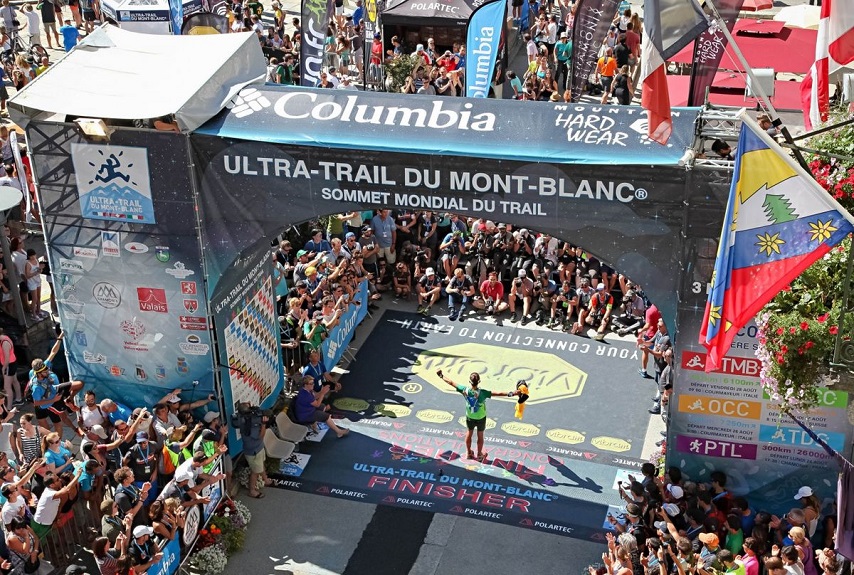 Spanish alpinist Kilian Jornet, a specialist in extreme high mountain races known as sky running, is showing the world that he (like the sky) has no limits.

In the below bio we discuss Jornet’s background, his history in Chamonix following his hat-trick win at the 2017 Marathon du Mont Blanc, his recent speed ascent of Everest and his plans for the future.

Kilian Jornet who recently compared himself to “a modern gladiator” in an interview (in French) with Le Parisien says, for him, his racing season begins with the Mont-Blanc Marathon and the Mont-Blanc Ultra-Trail.

Having lived for almost ten years in Chamonix he considers these “mythical races” an opportunity to see friends and above all, a permanent challenge.

A professional ski mountaineer and long distance ultra runner Jornet’s local exploits are just the tip of the iceberg of his successes:

Pictured below, it doesn’t stop him from taking time out to enjoy slacklining with the locals.

From a self-proclaimed “normal childhood”, where concrete playgrounds and streets were replaced by the forest and mountains, an affinity with altitude is evidently ingrained. Being raised in a mountain hut more than 2000m above sea level in the Catalan Pyrenees (his father was the guardian) is certainly a factor in this, so too the weekly summits.

After school, we were always playing around, in the forest, on the rocks… When you’re a kid you want to discover, to explore, and there’s no better place for that than nature. And my parents are really passionate about mountain sports and nature, so every holiday or weekends we were going to hike some summits or make some traverses.

To this day Jornet maintains, and regularly promotes, that the most important thing he learnt from his upbringing was to be a conscious part of nature, to understand how it works and respect it.

After 10 years living in Chamonix, namely Montroc (near Le Tour), as of 2016 Jornet has settled into the Norweigan mountainside with his female cournterpart and fellow runner/ mountaineer Emelie Forsberg. They purchased a house together in Måndalen in the Norwegian county Møre og Romsdal where they have channelled their joint love of skyrunning into their own event The Tromso Sky Race.

I define myself as a lover of mountains. I like competing, as it is a way to meet friends and to self-improve. But, above all, I conceive sport as a way to discover landscapes both inside and outside you. I love silence and solitude, but communication, listening, reading, writing and travelling also appeal to me. I’m (semi) nomadic, and live somewhere between Chamonix, Tromsø, and the Pyrenees. My life is spent pursuing and fighting for my dreams.

Girlfriend Emelie, whose masters deposition in biology is on hold while she concentrates on training and racing professionally, is well documented as a passionate gardener and baker. The pair are proud to talk about their self-sustaining garden patch given the chance, but do have one shared memory they are less than proud of:

On 7th September 2013, Forsberg and Jornet were rescued by the PGHM (High Mountain rescue police) on the Frendo spur of the North Face of the Aiguille du Midi in degenerating weather and with inadequate equipment for the situation. Both were extremely apologetic afterwards.

At the end of May of this year Jornet ignited the alpine community, and beyond, by performing two exploits of ultra-human grit.

On 22nd May 2017, Kilian Jornet summitted Mount Everest (8,848m) from the base camp at 6,500m, setting a new record for the fastest known alpine ascent (a single climb, without using oxygen or fixed ropes) of the world’s highest peak. Having climbed 3,483m to the top of Everest in a mere 26 hours the Catalan was not yet done. 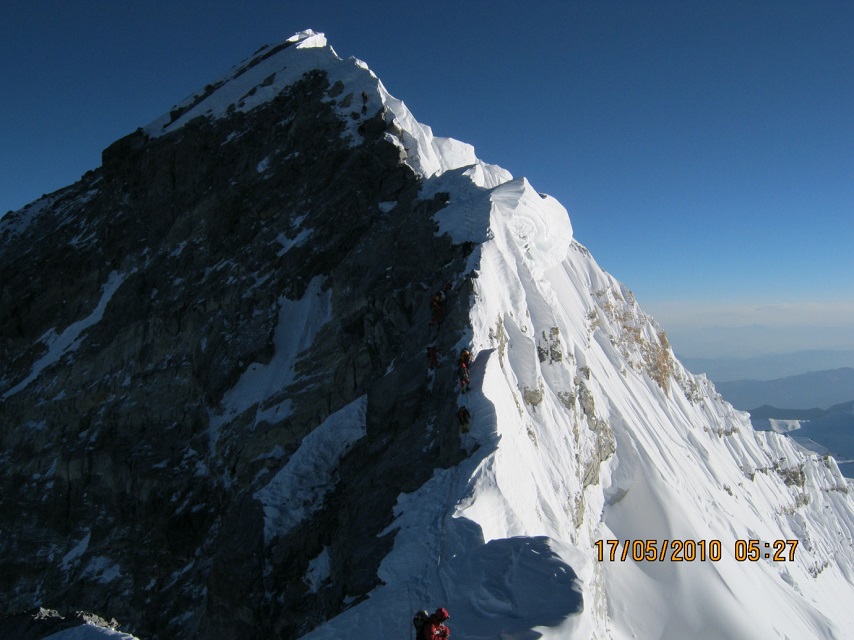 Hillary Step near the summit of Everest 2010, reportedly damaged in recent Earthquakes in Kathmandu between 2015 and 2017
Source: https://commons.wikimedia.org/wiki/File:Hillery_Step_near_Everest_Top.JPG

Within the same week, embarrassed about his time having fallen ill with a gastro irritation, Jornet did it again in 17 hours on 28th May, smashing his own week-old record.

Even if recognition of these records are as yet unconfirmed by The Chinese-Tibetan mountaineering association (which routinely validates all records on the northern side of the mountain), he remains the only person to have completed this legendary ascent twice in one week; alone, without oxygen, or fixed ropes.

In his official statement Jornet triumphs “I think twice crowning Everest in a week without oxygen opens a new field of possibilities in mountaineering and I’m really happy to have done so”.

The 29-year-old climber hoped to set a faster round-trip record – from base camp to the top and back – but was again hit by stomach problems on his descent, stopping at a higher camp to recover.

“We believe Kilian has established the new known reference time for the track from the Everest base camp”, said press officer Laura Front.

The mountain is like a mirror. It is so big and so strong that you cannot try to fight against her or try to compare yourself. The only thing you can do is to see yourself small and be conscientious about how small we are and then relax! No more pressure about things! Being alone up there you understand that your decisions are only yours. There is not someone to congratulate you when you reach a goal and no one to give you a hand when you have problems. And this is the best lesson the mountain has given me.

Alpine style is considered the purest of the disciplines. According to the Guinness Book of Records, the fastest climb of all time in Everest, all styles combined, was carried out in 1996 by the Italian Hans Kammerlander, who took 16 hours 45 min to reach the summit from the advanced base camp to 6,500 meters.