Giro D’Italia takes over Courmayeur this May 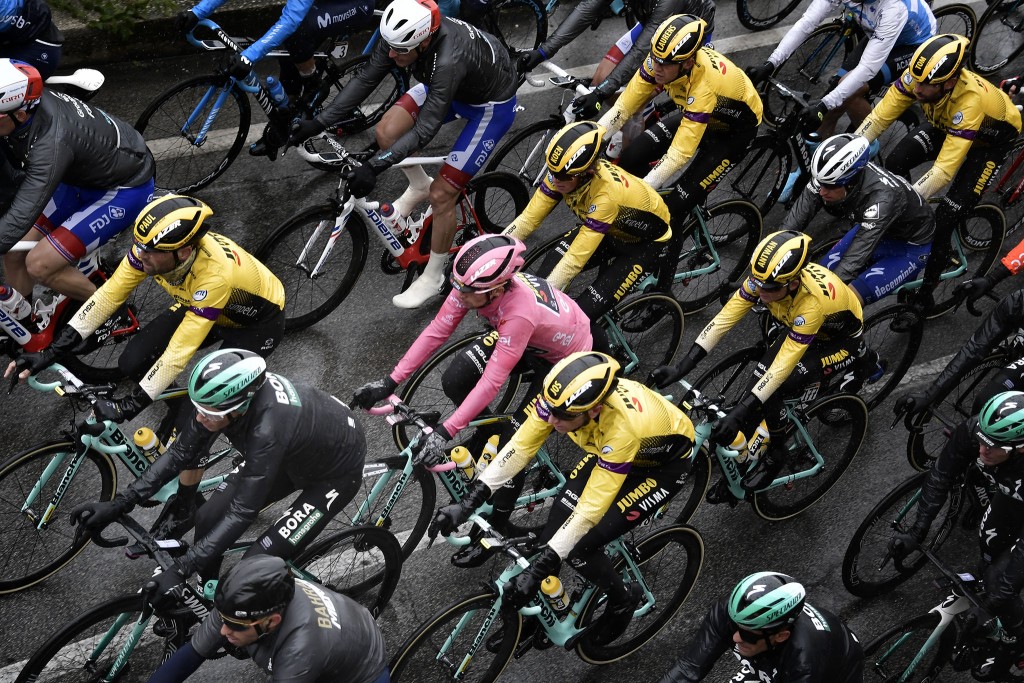 Gather your bike horns, bike garb and maybe even your bike iself! Courmayeur is calling this May with the exciting announcement that the Giro d’Italia will be visiting town. Spring is the perfect time of year for road cycling as you can enjoy sunny conditions without the blasting heat of summer. Additionally, accommodation prices have dropped with the end of the ski season, so from your base camp in Chamonix you can take on some of the famous routes of the 2016 Tour de France as well as catch the action of the Giro d’Italia in person with Chamonix All Year. So come along and see as the Giro D’Italia takes over Courmayeur this May.

What is the Giro D’Italia?

Think the ‘Tour de France’ of Italy! While the very top names you’ve most definitely heard of like; Chris Froome, may be saving their energy for July (Tour de France), each May the same “tour” teams compete across Italy. The race has the same format at the Tour de France and takes place over 3 weeks and 21 stages. Where in the Tour de France you will commonly see the current champion in yellow, over in Italy the vest to fight for is bright pink! 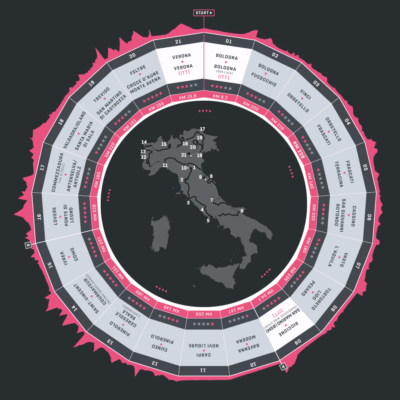 Giro D’Italia takes over Courmayeur, but when?

This year Stage 14 of the Giro d’Italia is heading toward Chamonix (or just short of it on the Italian side of the tunnel) on the 25th of May! The stage will take riders along the Valle d’Aosta starting at Saint Vincent and finishing at the Courmayeur Skyway Monte Bianco. 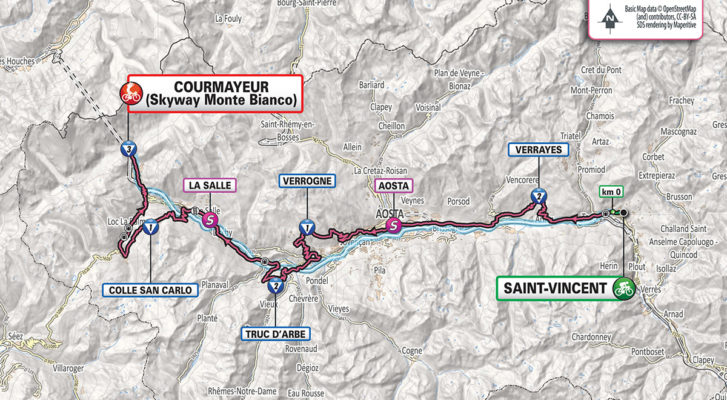 Who should we cheer for?

Cycle buffs know this is the last big race prior to the Tour de France, and is a huge test for teams to challenge themselves and each other. On the Italian side of the border top names such as Tom Dumoulins (Dutch), Primoz Roglic (Slovenian) and Simon Yates (UK) will be competing for the pink jersey, before they can dream of putting on the yellow one in France (should team politics allow it).

Also: Look out for the rider in the striking blue jersey – this is the equivalent to the polka-dot jersey of the Tour de France awarded to the best climber. As this is a very challenging alpine stage it is likely they will be excelling but will certainly appreciate the encouragement.

The Mayor of Courmayeur, Stefano Miserocchi, has even announced pink themed lighting displays throughout the town for the occasion, declaring:

Courmayeur and the Mont Blanc will turn pink to welcome the Giro d’Italia.

Plus, for the first time a stage of the Giro will take the name of a cable car: “Courmayeur Skyway Monte Bianco”

The stage of Saturday 25 May will be entirely in the Valle d’Aosta and for the occasion the cable car will also be turned pink!

Road cycling enthusiasts heading through the tunnel to Courmayeur should make their way down the valley to Morgex (14 minutes’ drive from the border) to take on the highest peak of the stage; the Colle San Carlo. A challenging ride with an elevation gain of 1049m. 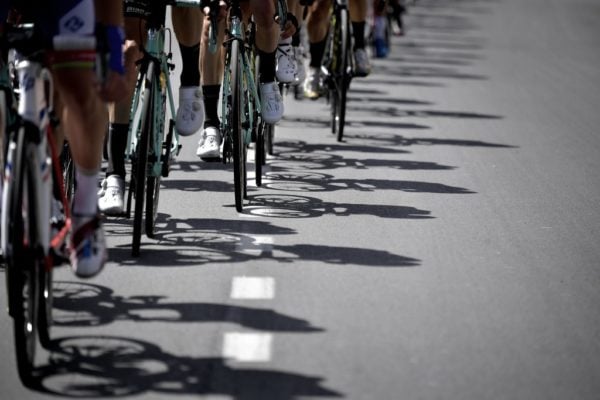 This year the Tour de France will take place from July 6th to the 28th. Three of the final four stages will take place within 3hrs drive from Chamonix. July 25th is stage 18 from Embrun to Valloire (207km), July 26th is stage 19 from Saint Jean de Maurienne to Tignes (123km) and we recommend the crucial stage 20 on Saturday July 27th from Albertville to Val-Thorens. The starting point for this stage is roughly 70kms from Chamonix and it is the last mountain stage before the peloton’s arrival in Paris. The final climb has a rise of 5.5%, not too scary but very long and irregular over 33.4 km. The most severe gradients are located at the foot of the pass. Therefore, if possible, set up a good viewing spot on the small departmental road that leads to St. Laurent-de-la-Côte.