The 20th edition of this legendary course, the Kandahar World Cup is back! Hosting two Men’s World Cup events, the piste at Les Houches will see the elite men skiing Slalom and Parallel Giant Slalom in just a few weeks time, the 8th/ 9th February.

It has been four years since the Kandahar hosted these World Cup events and since then the region has spent over ten million euros on improvements. Chamonix is very proud to host the World Cup and has been eagerly awaiting the chance to once again show off the stunning location of the site, overlooking the Chamonix Valley.

“La Verte des Houches” is anything but a green run. So named for the fir trees lining the descent, it is actually a black run 3,343 meters long. Improvements to the piste, landing area and spectator spaces mean this year should be better than ever. Skiers will descend 870 vertical meters from the start gate at 1,871 meters altitude, hitting speeds of up to 50mph to get to the finish line at 1,001 meters, all in around 2 minutes. 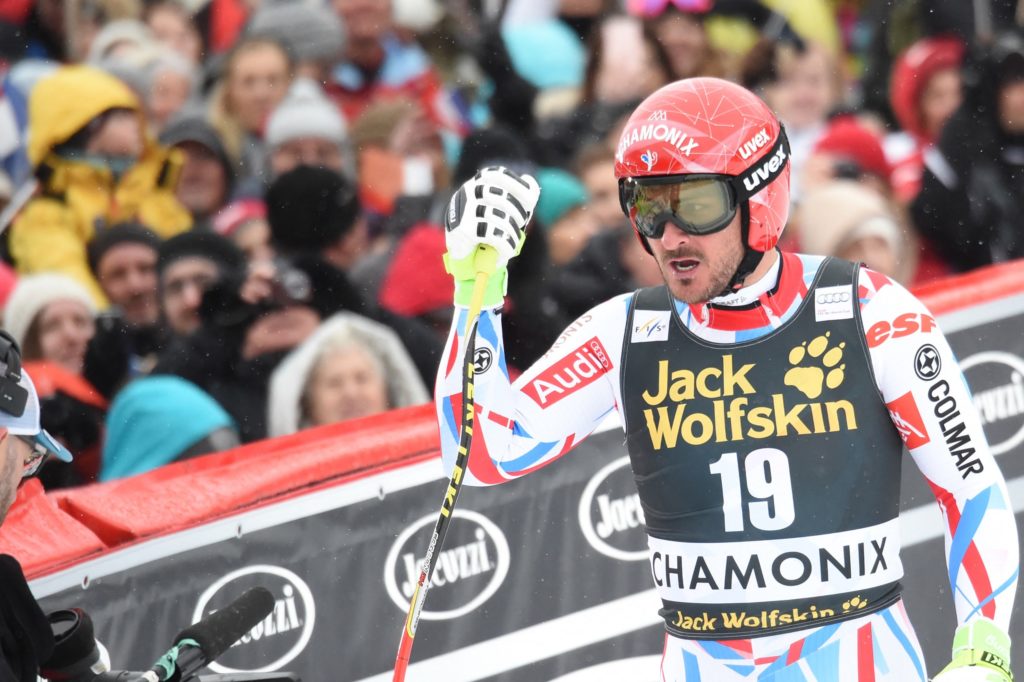 What Does the Kandahar World Cup Consist Of?

The Fédération Internationale de Ski (FIS) Alpine Ski World Cup is the top international circuit of Alpine ski racing. Athletes compete in four events: Slalom, Giant Slalom, Super-G, and Downhill, plus a fifth event, the Combined, in which the fastest aggregate time of one run of Downhill and one run of Slalom is assessed.

The Giant Slalom and Slalom events make up the technical events in Alpine ski racing. The speed events are Super-G and Downhill.

While World Cup racers often hit top speeds of 75-plus mph in Downhill competitions, speeds in technical races like the ones Les Houches will host are considerably slower, requiring racers to navigate more turns and complex gate sequences.

After the departure of eight-time overall World Cup winner, Austrian Marcel Hirscher, who retired in September, the number one spot is up for grabs and the competition is fierce!

At 28, Alexis Pinturault is in the prime of his career and ready to add to his Olympic and World Championship successes. He’s taken 54 World Cup podiums to date and is both a serious contender for victory in Slalom and the favourite in the Parallel Giant. On 30th December he won the Alpine Combined in Bormio showing he is already forging ahead in this series.

The Frenchman is arguably the most versatile skier in the men’s scene at the moment and, having finished runner-up to Hirscher overall last year, is well placed to become the first man from France to win the World Cup overall since Luc Alphand in 1997.

There are also some very promising youngsters on the scene. A future star is on the rise in the form of 22 year old Frenchman Clement Noel, who has already proved his place in the competition by winning Slalom races in Wengen, Kitzbühel and Soldeu last season. Marco Odermatt, also 22, won five gold medals at the 2018 junior world championships proving he’s another serious competitor.

The other favourite is Norwegian Henrik Kristoffersen. Alongside Pinturault, his is among the best records since the departure of Marcel Hirsher. With 53 podiums in the World Cup at the start of this new season and a 3rd place in the general classification of the 2019 World Cup (2nd in Giant and 5th in Slalom), a podium place will be expected in Chamonix. 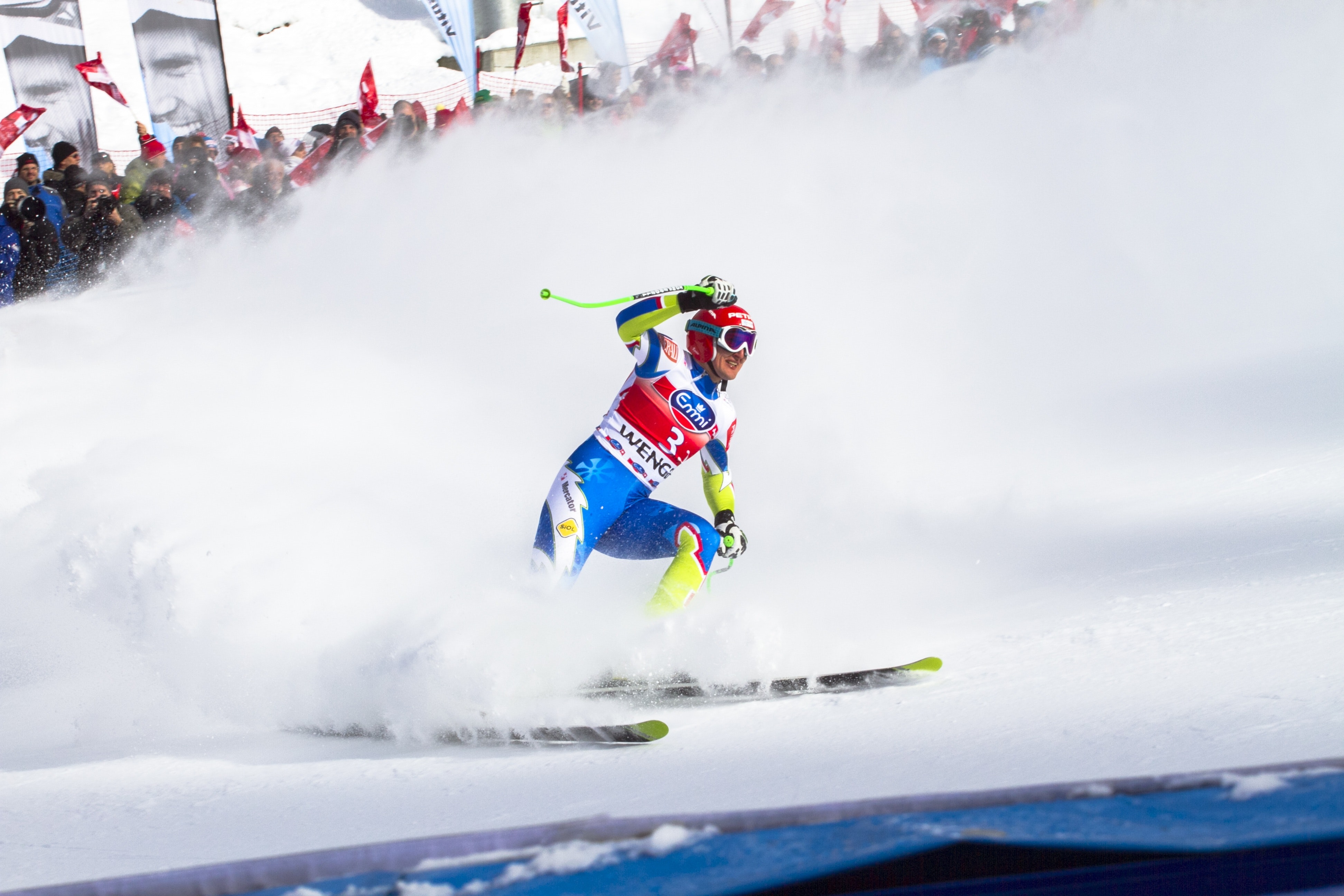 Where Else are they Competing?

The World Cup competition is epic! Around 90 races on three continents decide who holds a crystal globe at the season’s end.

The first event took place in October on the Sölden glacier in Austria. The athletes then headed to North America to compete against each other in Lake Louise, Beaver Creek and Killington.

They have returned to Europe to continue the season in famous races like the Downhill in Kitzbühel, Gröden, Garmisch-Partenkirchen and Wengen as well as the technical disciplines in Val d’Isère, Madonna, Schladming and Alta Badiam. New this year are the Slalom and Parallel Giant here in Chamonix and the Super-G and Combined competitions in Hinterstoder.

In preparation for the 2022 Winter Olympics in Beijing, the male athletes will briefly be touring around Asia, with stops planned in Yanqing (CHN) and Yuzawa Naeba (JPN).

The grand finale will happen in Cortina d’Ampezzo, Italy, on March 22nd 2020, when the overall winners will be crowned!

How Do They Decide the Winner?

The FIS scoring system awards points to the top 30 finishers: 100 points to the winner, 80 points for second, 60 for third, winding down to 1 point for 30th place. The skier with the most points at the end of the season in mid-March wins the World Cup, a coveted 9 kilogram crystal globe.

Presentation of the best skiers in the world in parallel giant

The Kandahar world cup is open to everyone, however everyone needs a ticket, and spectator tickets range from free for the standing areas at the side of the piste and arrival area to €420 for a VIP experience including michelin starred dining and a privileged view of the course. For more info or to book tickets visit the chamonix world cup.