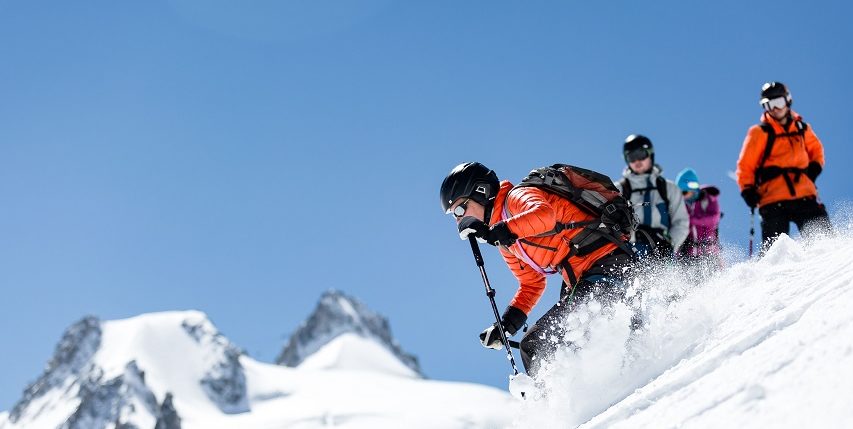 Here at CAY we love these February weeks, the ski season is in full swing, the chaos and indulgence of Christmas and New Year and Half Term is behind us, and we’re full of beans. However, we have been known to be over enthusiastic. There have been early season wipe outs, old injuries tweaked, new muscles pulled… we’re only human and let’s face it, not always in tip-top condition (though around here, land of the pro skiers, this is not something we like to admit to).

So let’s say you’re reading this, a little sneakily, at your desk. Your flights are booked, CAY have your accommodation and transfers sorted, and you’re daydreaming about your first ski run. You’re thinking; hmm my fitness isn’t quite what is has been either. Maybe you tried dry-January or February and smashed your PB by getting to the 14th before having a little gin or a hardly-worth-mentioning half at the pub. Perhaps there’s more belly going on than you’d like at the moment and you’ve wondered – how many runs will I manage before the thigh burn kicks in?

Well, as always, we’re here to help. We nipped down to see Jackie from Chamonix’s physiotherapy and osteopathy hub Clinique du Sport at their swanky new offices on Ravanel le Rouge, to find out about getting ski fit with their SkiFit programme. 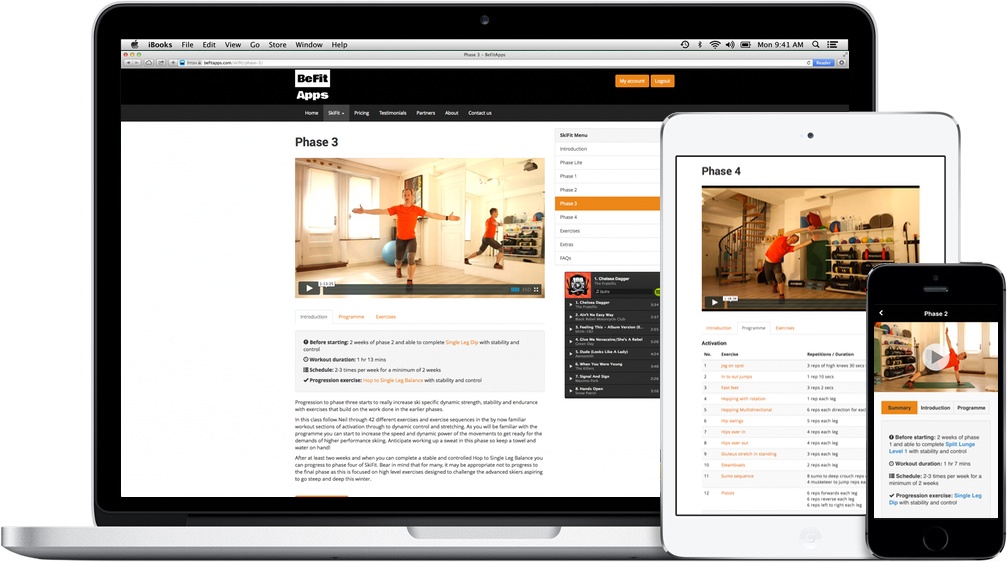 Husband & wife team Jackie and Neil have been running La Clinique for 10 years. Neil is a leading physio in the world of skiing and snowboarding. Having previously been physio to the British Olympic Judo team he now focusses on mountain sports, especially rehab and ‘prehab’ (preventative physio) via La Clinique. Jackie is both front of house and behind the scenes, making this successful local business thrive.

A few years ago, they created the SkiFit programme, in response to witnessing a pattern of sporting injuries. Jackie says “people here are rock climbing in summer, then when that season’s over they get their bikes out, then it’s skiing, then it’s running, and there’s no transition time. We were seeing the same injuries over and over and Neil just thought – I can do something about this, we can prevent these”.

So in 2013 he started an eight week programme for getting ski fit, seeing clients who were ski instructors and mountain guides as well as a few keen skiers for two group fitness sessions a week. They started in October, so that participants were ready for the first run of the season. “Everybody loved it, we had such good feedback, they were saying for that first run of the season they were ready, they weren’t tired” Jackie says. From there “it was a no-brainer really”, so they ran it for another year and then looked for ways to take it further. One physio friend, Tony, happened to also be techy and used his code-writing skills to join Jackie and Neil in developing an App. The idea was to have a take-home version of Neil’s group sessions. “Ski Fit is a one hour programme which gets progressively harder. We suggest you do it twice a week. It accommodates everyone from beginner skier to elite athlete because you progress at your own pace” says Jackie. The first version wasn’t usable off line, so they launched a second where you could download the programme and it took off; “people were using it in Antarctica and even a basement in Gaza. You really can take it anywhere”. 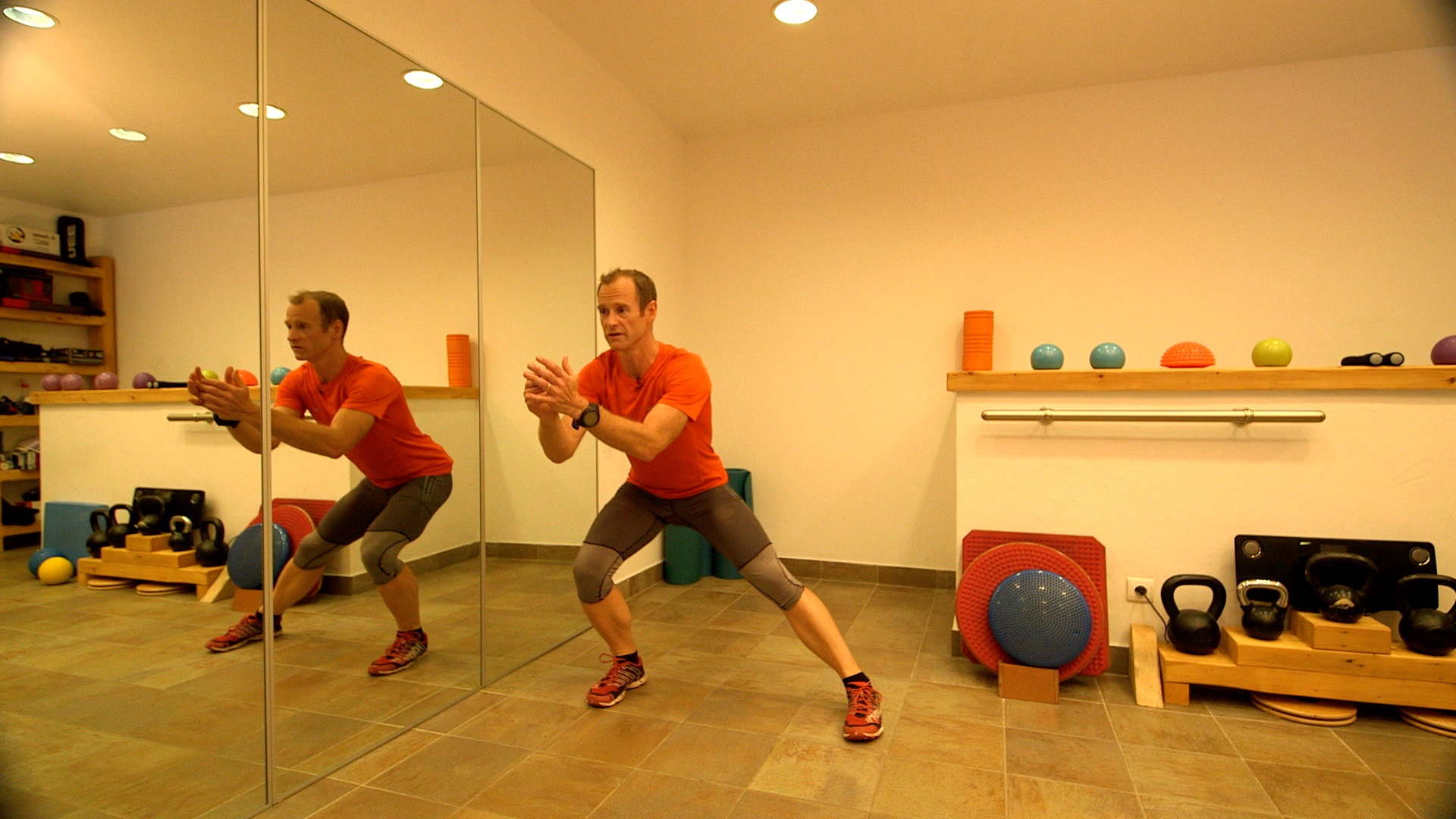 So what’s it like? You press play and follow videos of Neil, a sports physio with bags of experience as a strengthening and conditioning coach. “It’s as if he’s there with you” Jackie says. And it is refreshingly simple. You don’t need specialist equipment, you use a water bottle as a weight and otherwise only need a towel, a ski pole and a yoga mat for the floor exercises. Within the App every exercise is led by Neil, who explains what you’re doing and just as importantly, why. Each exercise is designed to stimulate and prepare the muscle groups needed for skiing. The programme is set out in stages so you can move on to the next stage to progress your flexibility or strength, or not, depending on how you’re getting on. There is a lot of work on core strength, which Jackie says means people fed back that they were experiencing benefits across a range of other sports too.

Following the success of SkiFit; BikeFit, TriFit, RunFit were the obvious successors. The BeFit Apps all operate on the same principle. “It’s about finding those imbalances or weaknesses, showing people how to test for them themselves and then showing them the ways they can be addressed before they get injured” says Jackie.

So far they’ve had over 27,000 app downloads and have over 300 registered accounts. We had a go at the trial version and it was hard! Neil’s coaching is gentle yet insistent; “just two more!” and “nearly there – the heart will be pumping by now! That’s what we want!” while you try to follow his sequences of hops or squats, dips or crunches. There’s lots of focus on how the exercises should feel. “This is the clinical element” says Neil on his intro talk about how to execute the positions; “it’s not just going through the motions, we have to pay attention to detail to really get the benefits”. Each session includes a warm up, core work, circuits, dynamic balance, strength and endurance, with a stretch down at the end. 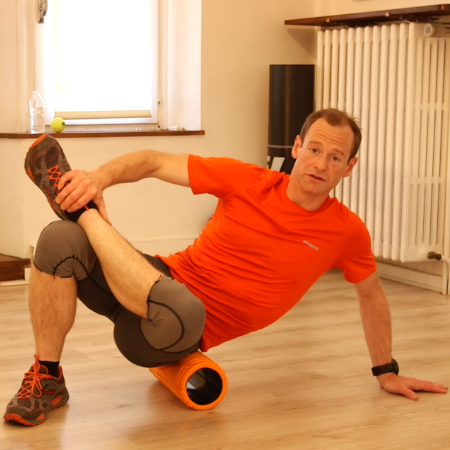 Among many glowing testimonials, one mountain guide after the 8 week programme said:

Bring a can-do attitude and a water bottle, take home more power, endurance and stability, both to achieve what you hope to, and to prevent injury”.

For those who can’t spare an hour twice a week, Jackie, Neil and Tony put together the Ski8 as well – “it’s a quick blast” says Jackie of the eight minute version, “something that will get things moving and which hopefully you can do every day in the lead up to skiing and on a ski day.

At Chamonix All Year, we thought we were doing this for you! But turns out we weren’t as ski ready as we thought we were and will be following Neil to get in better shape. And if you haven’t yet booked your ski holiday to Chamonix, check out our latest offers for a last minute trip, get squatting and have fun getting ski fit!

Downloads available via the iTunes App Store or Google Play or through the BeFit website.